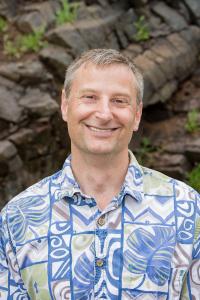 Chris Swanston has served as director of NIACS since 2008 and played an active role in most of the Institute’s major efforts, including directing the USDA Northern Forests Climate Hub. Chris is also project leader for NRS’ Climate, Fire, and Carbon Cycle Sciences group. He holds a PhD in forest science from Oregon State University. Chris embraces his home in the upper Midwest through snowshoe running (moving for warmth), and trail running (running from mosquitoes). Chris does not like cooked vegetables or mushrooms, because they’re gross.